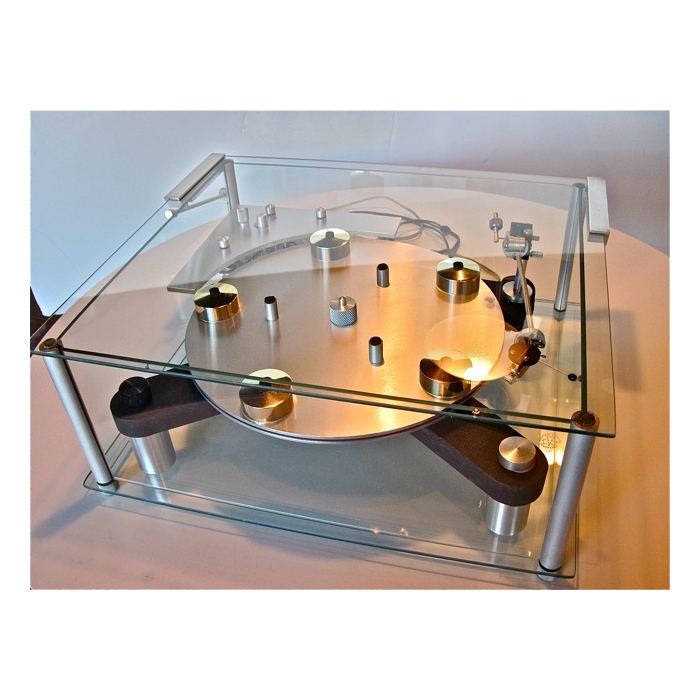 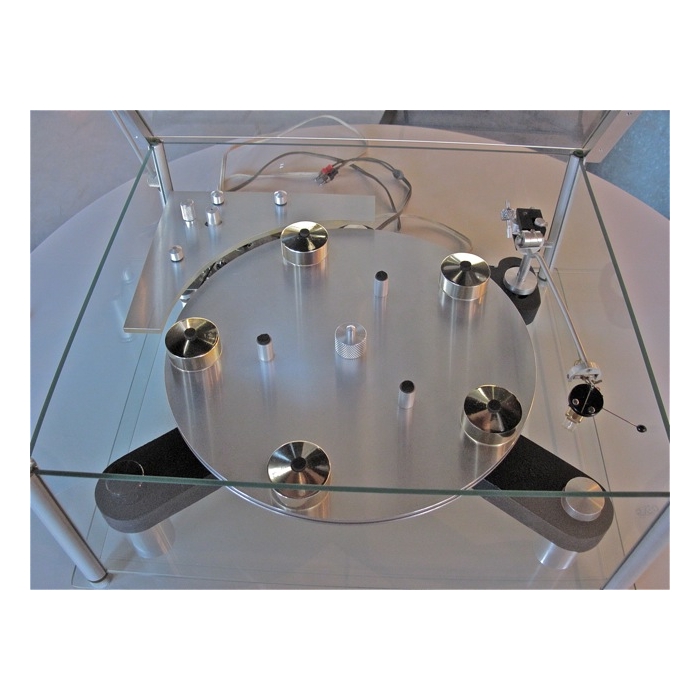 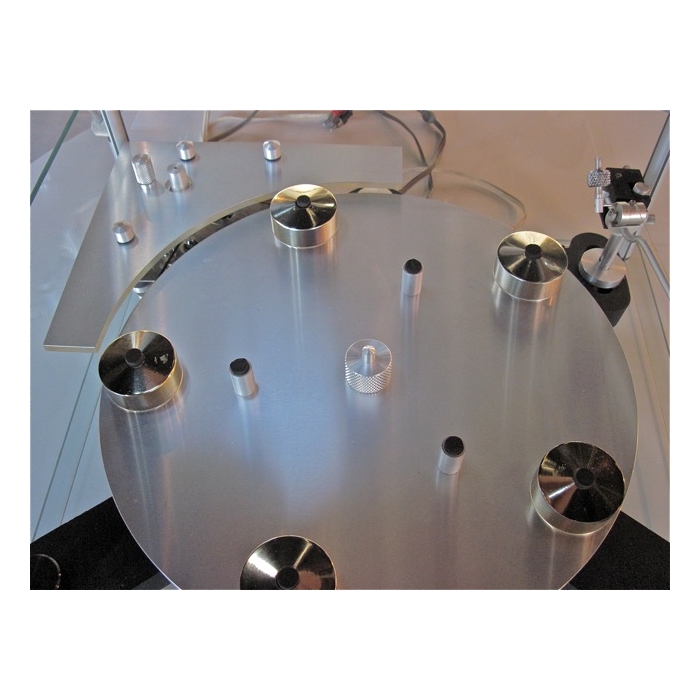 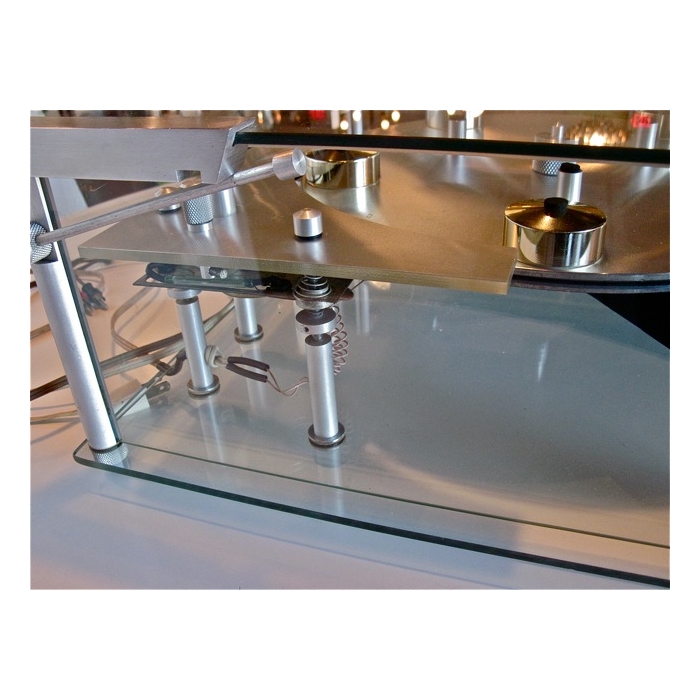 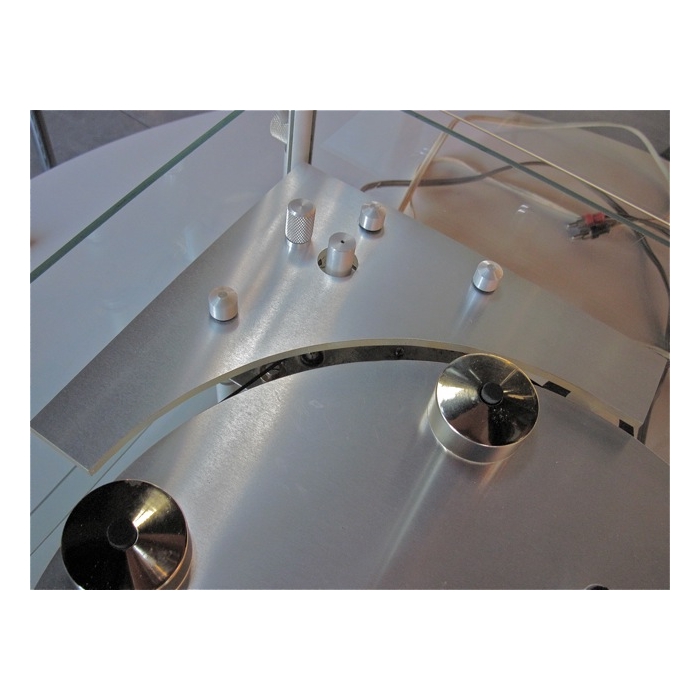 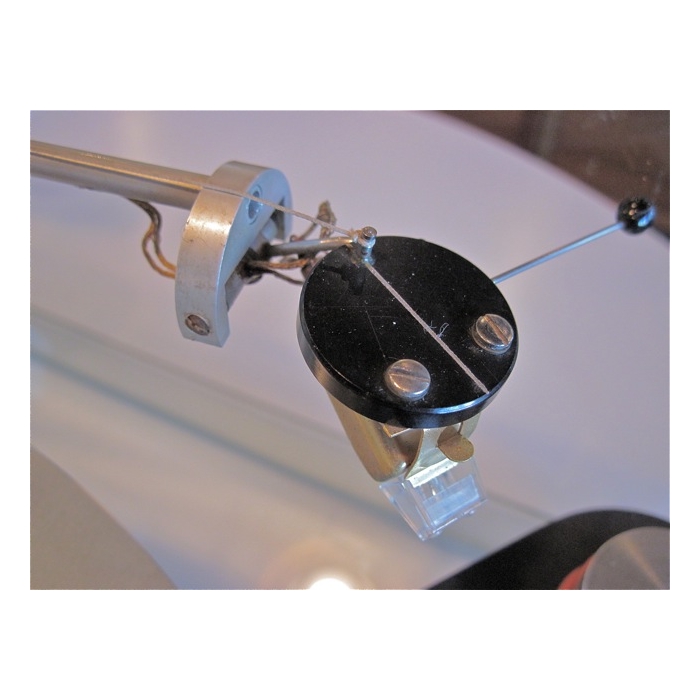 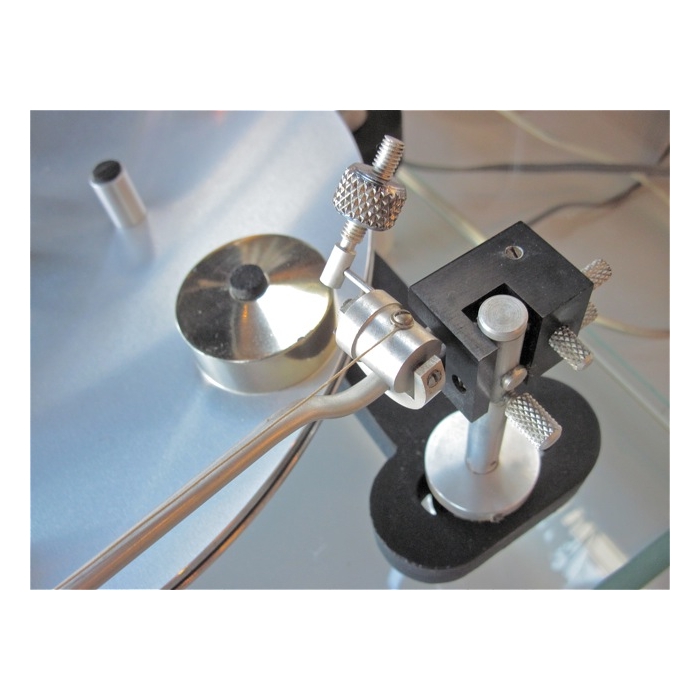 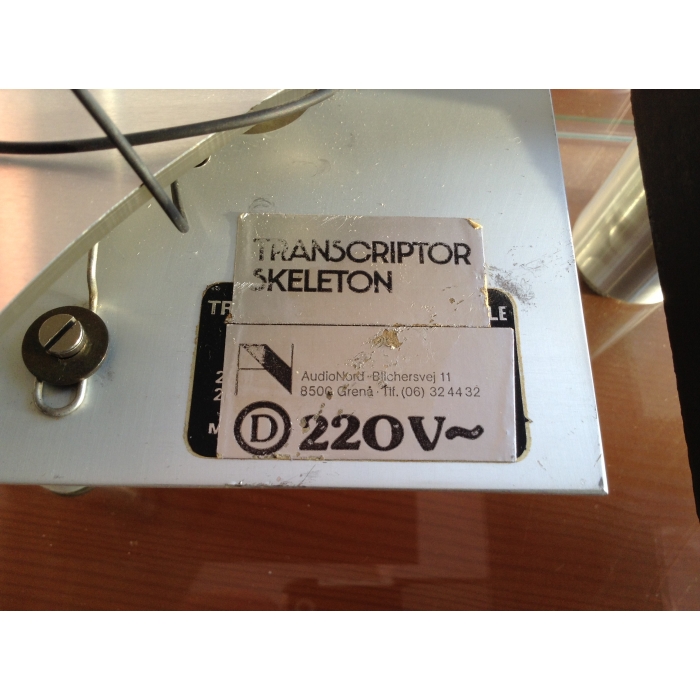 Review of the Skeleton

With the lid up and the patter spinning it is stunning. The over all affect is a work of art. The glass is heavy easier to keep clean than plastics are. The design is so elegant and simple you might think there is nothing to it.

I purchased the Skeleton direct from Ireland in 1978. It was supplied with the casing side panels removed and the lid separated by sponge. The arm was fitted.

The Vestigal tone arm takes a little getting used to as only the head shell lifts and there is no keeper for when it is resting. If the turntable is not level or the counter weight too heavy the head will slide across the record. I have done this a couple of times, particularly with badly warped records. I have never found a scratch on any record caused by this. Adjusting the tracking weight with the help of the Stylus Scale allowed me to play records that other decks simply would not with their heavier arms being sent flying up or being thrown off towards the centre.

The platter is suspended on three legs. These can be adjusted, as can the support for the motor. I found that no matter what I did the platter would rub against the rear leg and so I filed the cap down to allow free movement.

I purchased an AKG P7E cartridge but later found that the Ortofon VMS20, supplied with the Round Table was an even better match. One magazine article suggested the use of a DECCA London, a cartridge that was as expensive as the turntable. However the author couldn't remember using the turntable when I wrote to the magazine but suggested that the design would not be very good as it lacked a firm support for the whole record surface.

I used a GA glass mat and a felt mat over the top. This did make an improvement, but it no longer looked so stunning.

In seeking an improvement for my hi-fi I was able to compare my set up (Cambridge P60 amplifier, JR149 speakers) to A&R60, Meridian and Naim amplifiers, Kef, Linn and Meridian speakers and a Linn Sondek turntable. The Linn Sondek had been the very expensive top end turntable and had a cult following with justification. Considerably more expensive, the Linn Sondek outperformed the Skeleton and my parents Pioneer PL12D by a comfortable margin.

I upgraded eventually, in 1980, to a Linn Sondek, Itok, Asak cartridge, Meridian 101 preamplifier (later upgraded to 101B), 104 tuner and M1 MkII speakers. In 1991 I replaced the Linn with a Linn Sondek Valhalla, Ekos and Troika,

The Skeleton was used by my brother in law, but his family couldn't cope with it and he got a single brand hi-fi separates with a remote control and returned the system to me. I had this running in the bedroom and eventually sold the Skeleton through Exchange and Mart. The Cambridge P60 and T55 tuner where sold on eBay in 2006.

The Transcriptor Skeleton was produced between 1973 and 1977. The unit employs a low speed synchronous motor on a sprung-suspension motor board. The Skeleton's platter is driven by a rubber belt providing the best insulation against vibration and rumble. In order to eliminate any mechanical or electric shock to the equipment, the on-off switch is accomplished by means of a magnetically actuate reed switch which assures long, trouble-free life. The Designer was David Gammon manufactured by TRANSCRIPTORS (IRL) Ltd, Carlow Industrial Estate, Ireland

The platter is 12" in diameter, cast and machined, aluminium alloy with 5 silver plated weights, approx 6.5 lb in weight

Bushing coated with PTFE a material having a lower co-efficient of friction than any other solid.